St. Joseph School was started in 1870 when an abandoned public school building was converted into a parish school by the parishioners. That building remained in use until 1877 when the old church was remodeled into a school. Lay teachers served the school until 1889 when the Sisters of Saint Francis of Tiffin came and served until 1896. Then came the Sisters of the Precious Blood from Marywood through 1899. Finally, through the entire 20th century, until the year 2004, the Sisters of Notre Dame from Cleveland and later the Toledo Province staffed the parish.

A new school was constructed in 1910. In 1961, the current school building was built and dedicated.  Grades 1-8 were located in this new building for many years, with the old school being used as the cafeteria and parish social center. When the Kindergarten program was started, it was located in the upstairs of the old school building, then grew to include the preschool and daycare.

In 2004, the Preschool, Kindergarten and daycare were all moved to the new school and a middle school was formed and moved to the upstairs of the old school. This allowed the 6th, 7th & 8th grade children to act more as a middle school, switch classes and have a locker room without disturbing the rest of the school. This also allowed the smaller children to be with the lower grade levels. It helped their comfort level when they saw their older siblings walk by and they could have some interactions with the bigger kids. It also solved a safety issue because the young children did not have to use the stairs several times during a day. 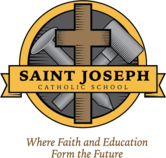 WHERE FAITH AND EDUCATION FORM THE FUTURE 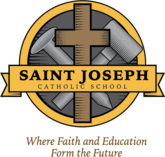 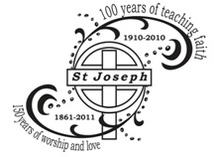